After the ceremony, Professor Nunez gave a research talk entitled "Control of pathogens by immunity and the microbiota at the intestinal barrier". He introduced the competitive relationship between the intestinal microorganisms and pathogens, host immune response, co-regulation mechanism about the host adaptive immune response and intestinal flora. 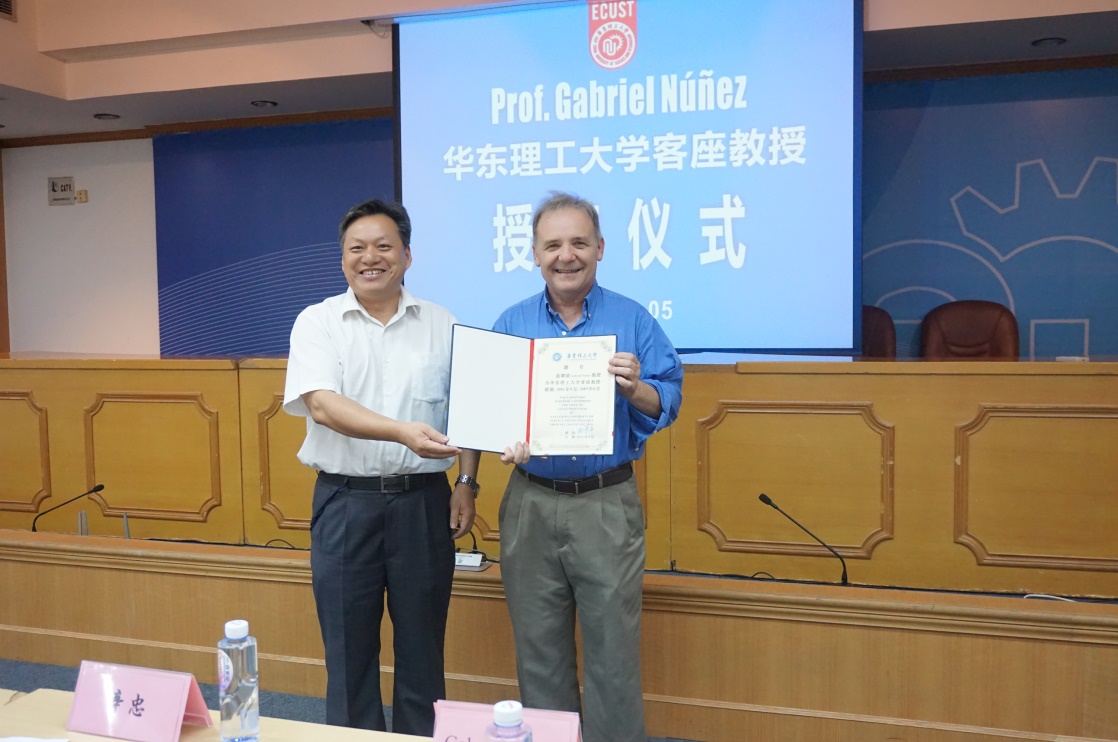